November 22nd, Cemoro Lawang, Indonesia – The first difference you notice stepping off the plane is the humidity; we have been in the temperate world for so long that it is a shock to our systems. After that you notice that you are in a developing country and that means dirt, crowds, pollution and a range of different odors. Once you get beyond that though, Bali is a wonderful little island and certainly has played its paradise card for all the tourist value its worth. Essentially Bali has created three main tourist centers focusing on the different needs of their visitors; Kuta is the traditional backpackers beach with a range from people completely roughing it to those who like to pretend they are and some who just want to watch those who are, Nusa is the high-end resort enclave for those who want to have the entire ‘Balinese experience’ sanitized and brought to their hotel room far away from the actual Balinese people, and Ubud is the ‘cultural center’ for the tourists who want to feel as though they have seen the ‘real Bali’ while enjoying the infrastructure they expect of any travel destination (i.e. pizza and pasta). My entire impression of Kuta can best be summarized by one guy who ate at the same restaurant as us for dinner on our first and only night there. This unkempt backpacker walked into the restaurant, looked over the upcoming movie schedule to note what videos he wants to watch, sat down and ordered his pizza and beer and then under his breath complained how all these people have spoiled this island paradise. I am sure the irony was lost on him but I certainly got it; he wasn’t looking for an unspoiled paradise (not even the idealized version we like to assume exists in the developing world), he just wanted to be the first to spoil it.

Ubud is slightly different in that the tourists there really want to experience the idealized version of Balinese culture; and for the most part they get enough of an authentic glimpse of Balinese arts, dance and religion to satisfy their needs. The dance performance we saw, while performed for the tourist audience, was well presented by a highly respected dance troupe. Around Ubud, however, it is not too difficult to find the real ‘real’ Bali if you are willing to walk or ride a little off the main roads. Our first day there, after making the necessary stop at the monkey forest, we took a walk out of the main tourist strip and off the roads across rice paddies and past the local communal and family compound temples dotted all around the area. Out here when people stop to talk to you they are not always looking for a way at your cash (to be sure they know the game and you still here people calling out ‘transport’ if they own a vehicle and have a few hours to kill driving you around) but can actually be engaging you for the sake of mutual interest. One local pulled up on his bike after he saw us rejoining a small road from a walk across the paddies and started talking with us; he was surprised that we walked from Ubud and with pride in his hometown pointed out some worthwhile locations for beautiful views around the area. Our second day there we had intended on combining walks with local minibuses to get to some of the sights a little further away but when seeing the motorcycles for rent on the main street we paused. Sure I had never ridden one before, but I have seen Easy Rider and enough episodes of Renegade to get the basic idea. Plus it would provide the added benefit of showing us how ordinary Balinese get around while creating a nice breeze that took some of the sting out of the heat. So of course we handed over the $5 daily rental cost, it was a little touch and go at first but aside from starting, stopping and turning I did pretty well. The bike allowed us to go some places we otherwise could not have gotten to, including one old palace where a local guided us through his family’s fertility temple; he said he has gone their for ceremony three times and he has three children, who can argue with success? Additionally, it taught us valuable lessons about Balinese traffic patterns; that being that there are no patterns at all but utter chaos. However, from this apparent chaos considerable order is formed and I found the road use more efficient and pleasant than in the U.S. A little more detail here will help; there are no real traffic rules, you do drive on the left but the use of lanes is mostly optional and very fluid with passing being done by anyone, anywhere at anytime, if there is a speed limit I never saw a posting for it anywhere on the island, a few intersections have stop lights but for the most part it is first come, first served. One may expect this would lead to many accidents and erratic driving; instead the drivers are much more aware of everyone else on the road and react to changing conditions easily. One could almost say that here, with little rules or structure, the traffic is acting in unison as a single entity; whereas the forced structure of our system relieves the driver of the need for constant awareness, separating him from the other vehicles on the road and making his reactions to unexpected situations less effective.

This morning was the first time we got up without really knowing where we would end up or how we would get there. Unlike when we had a car and complete control of our itinerary, or our previous public transport experiences consisting of planes, scheduled ferries, local buses and regional trains, we were at the mercy of unknown bus schedules and timeframes that may or may not overlap properly. We had made arrangements with a driver to pick us up at 9AM and take us to the bus terminal in Denpasar for the buses north towards Java. When he was not there on time, I was willing to listen to the other drivers around offering a ride; but out of respect to the driver I made an agreement with I would only take another car if he would beat the price by a decent amount. Of course once they knew what I would agree to their prices dropped dramatically to match it and one took us to the bus terminal. At this point I knew we wanted to head towards Java but we didn’t really want to take the 16 hour trip all the way to Yogyakarta, and were not sure what interesting stopover we could reach along the way. We hopped a bus to Probolinko, from where we knew there was transport to Cemoro Lawang at the edge of the Legger crater; the base for the sunrise climb up one of Java’s active volcanoes, Gunung Bromo. The problem was getting to Probolinko in time to catch a minibus up to the crater, and as the day wore on it seemed less and less likely. Driving on Java was much slower than on Bali; the increased number of towns and the amount of traffic was immediately noticeable. The island also did not feel as intimate as Bali or as welcoming; a Balinese man who befriended us on the bus even warned us of the Javanese people, and he had married one. The only other Westerner on the bus was an older Italian man traveling with a younger female Thai companion (and we all know what that means) and he too was trying to get to Bromo tonight. When we finally arrived at Probolingo at 6pm (1 hour after the last minibus supposedly departed) we were hurried to the tourist office where we were told that a minibus would go at 7pm for 10,000 Rp, but only if 15 people showed up. This of course was a ploy to get us to pay 150,000 for the whole bus; which was absurd when you know that the actual price should only be 7500 per person. Anyway, this was a little ridiculous so both the Italian man and I walked around the station to find better (i.e. more to our liking) information. I found a taxi driver who would take us for 125,000, still pricey, but when we told this to the tourist information man he said we could go in the minibus for 100,000. We had already agreed amongst ourselves that we did not want to pay more than 80,000, so we tendered that offer. The employee at the tourist office was a very funny guy and definitely good at his job; he used sarcasm and jokes to disarm us while he tried to obtain agreement to his price. After about twenty minutes of this he seemed ready to accept our price when off of an incoming bus wandered an English chap who was also looking to get to Bromo. Without asking him we volunteered his 20,000 to take us to 100,000 and off we went. The bottom line is I am writing this now at the edge of the crater with an alarm set for 3:45AM so we can hike to our first Asian volcano sunrise. 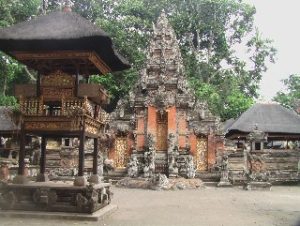 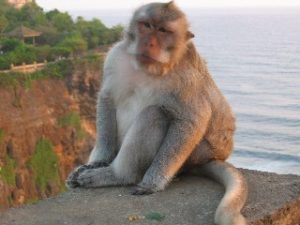 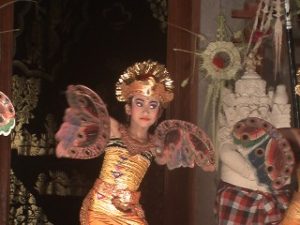