November 18th, Perth, Australia – Rain; I do not think there was a day in Tasmania without it. But this rain is different; you don’t have those slowly gathering clouds leading to downpours, instead the rain is very localized in both time and space. You could be under a dark rain cloud and have no sprinkles at all and walk 10 meters to the sun and it will be raining hard, it was not uncommon to walk in and out of several mini-storms or sprinkles during a short hike. It also starts and stops unexpectedly; wandering around Salamanca market in Hobart it will suddenly start to rain and all the stall owners rush to cover up their trinkets, used books, vegetables and fudge only to have the rain stop as quickly as it started. They then must rush to uncover the goods and attract the browsing customers. Ten minutes later this little dance starts all over again. The capriciousness of the weather keeps you from taking it too seriously; allowing us to enjoy ourselves even under the occasional shower.

Aside from spending a couple days walking the streets of Hobart, a nice city with a good amount of original architecture from its 19th century beginnings as a harbor for incoming convicts and other unwanted wretches from England, we spent some time on the East coast and in Freycinet national park. The park consists of the Freycinet Peninsula which juts from the mainland for a good distance. The red rock faces would have been great for climbing; but wildfires closed off many of the longer routes and the climbing trips were not going. So we contented ourselves with a hike to wineglass bay, supposedly one of the more beautiful in the world, and around the lighthouse.

Watching Australian television and reading newspapers has given some insight into the culture here; for one thing their television shows consist of bad sitcoms, odd game shows for lots of money and ‘reality’ television, in other words exactly the same as the trash in the U.S. A couple of current political stories have proven more interesting: First, the recently reelected conservative government (sound familiar?) finds itself, for reasons of political opportunism, inundated with subtle and not so subtle racists (we might call them Southern Strategists). One recent idea announced by the ruling party has caused a particular stir; apparently Australia has a problem with the amount it is spending on welfare, education and other aid provided to the aboriginal community (if the U.S.’s original sin is slavery; Australia’s is the treatment of Aborigines and half-castes right up through the 20th century). To remedy the situation the party proposed tying future funding to demonstrated results. At first glance this sounds reasonable; it makes sense to only pay for what works. The problem is they essentially are cutting the resources necessary for success until success is achieved. The circular logic should be obvious; we know you need the money to succeed but we will not give it to you until you succeed. The second issue that was a big deal in Tasmania, and is also prominent in U.S. politics, relates to the forests of Tasmania’s Styx Valley. These forests contain the world’s tallest hardwood trees and are a prized resource for conservationists and timber companies alike. The Labor party did not do well in the elections, and that has led to soul searching as to what direction the party should take; more right of center as the election may imply the country is heading or back to its more leftist roots in obvious opposition to the ruling Conservatives (I’m sure fans of the DLC can empathize). A Labor MP (I believe from the Sydney area) recently took a covert trip to the valley and pronounced what was being done there environmental genocide while announcing the introduction of a bill to make the area a protected reserve; as has long been sought by environmentalists. In response a Labor MP from Tasmania lashed out at him calling him a string of names who was out of touch with the party and should be tossed from his leadership position. The debate is the same one we have in the States with the representatives from the great wilderness states in the West and Alaska traditionally lining up against the representative from the coastal cities on issues of environmental protection, gas and mineral exploration, logging etc. Just as back home, the environmentalists are ‘out of touch’ looking to protect the last strands of wilderness from local economic interests while the locals are ‘too narrow minded’ to see the long term repercussions and communal cost of their actions. Of course a good government would step in to bridge the issues which arise from any situation (such as this) where externalities (positive or negative) skew the results of simple market pressures; maybe someday we will have those good governments.

We have spent the last few days in Perth; walking around the city, the nearby port of Fremantle and relatively close-in national parks and wine regions. The city, the largest we have visited since leaving the U.S., makes for nice walking even though most of the colonial architecture has been replaced with modern office building; but the best attraction here is the tour of Fremantle prison. The prison was built by the first convicts that arrived here in 1852 and was used, with minimal changes, as a maximum security prison until 1991. It was renowned as the most inhumane prison in Australia; largely because the small cells did not have toilets or plumbing (or even electricity until the mid 1970’s), instead there was a bucket in each cell that was used as the bathroom. The tour was excellent; going in late afternoon meant no tour buses leaving the guide and prison to ourselves allowing for a more informative and enjoyable experience. The most disturbing room was the execution chamber; the only legal form of execution in Australia was hanging and the last one in this prison was carried out in 1976. Some of the children of the executed (he had 8) still come by on the anniversary of the execution.

We are now the furthest we will be from our home; we have spent the last month travelling 11550+ miles from Washington, we will spend the next 5 months or so slowly making our way back. Tomorrow the ‘return’ journey begins with a flight to Bali via Kuala Lumpur. 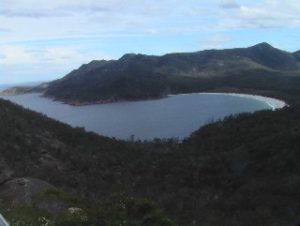 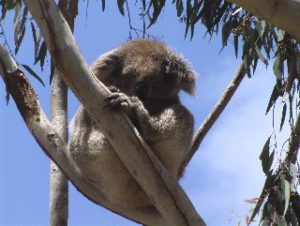 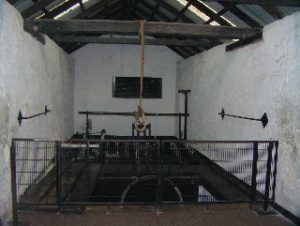