March 21st, Nyaung U, Myanmar – Burma is an incredible place. The unique political situation aside, the Buddhism practiced here is unlike any other place we have been, the art and architecture is a mix of Indian, Sinhalese, Mon, Siamese and Shan influences that results in temples unlike any we have been to, and the people may be the friendliest and least jaded by tourism we have encountered. One shining example of their respectful attitude: after mooning the entire audience of the marionette show, the puppet apologized for showing its ugly face in every language represented in the crowd. The heat, however, is debilitating. Mandalay is a nice city (though the only resemblance to its namesake in Vegas are the flashing lights behind Buddha statues that hold their own with any hall of slots) with a few good temples, one nice view atop Mandalay hill, a laid back populace and an extremely interesting a-nyient pwe (think of it as a folk variety show). The Moustache Brothers gained international fame when, a few days after an innocuous joke delivered to Aung San Suu Kyi (the Nobel Prize winning, emotional leader of the 1990 election winning National League for Democracy party) and a crowd of 2000 in Yangon, ‘brothers’ (actually cousins) Par Par Lay and Lu Zaw were arrested by the government. The two spent about 6 years in prison, including some time of hard labor, gaining the attention and support of American entertainers (it must have struck a chord with an industry that has McCarthy era blacklists as part of its collective memory) and media world-wide. No longer permitted to perform outside of their Mandalay home, and with the government always watching no one would dear hire them, they now put on a show every night for the handful of tourists that show up. The show is decent comedic entertainment in the style of the Marx brothers and is mixed with traditional Burmese dances long with some knocks at the government. Though the material is somewhat dated, the politics of the situation alone make it a worthwhile show and, though clearly worn down, the three still seem to get real enjoyment from entertaining a crowd.

Bagan’s reputation as one of the three ‘must sees’ of Southeast Asia is well earned. From higher locations you can look out over the plains and see hundreds of the over two thousand temple and pagoda structures, providing a grander appearance than at Angkor. With the structures spread over a large area, walking is out as a means of seeing them, and the debilitating heat eliminates bicycles; so the best option is a traditional horse cart, still the primary means of transport for much of rural Myanmar. One nuisance in all Burmese temples is that they require you to remove your socks and shoes before entering the grounds (as opposed to just the structures as is done elsewhere). This not only leads to the dirtiest feet I have ever seen, but trying to walk across the stone courtyards or up stone steps in the middle of the day’s debilitating heat hurts, tons. Unlike in Angkor, I find it much harder to pull out a favorite temple here; the architectural grandeur of temples like Ananda and Thatbyinnyu are impressive but the well preserved murals in smaller complexes further from the central area, such as Payathonzu and Nagayon, are beautiful. The clear Mahayana influence in the art and architecture is unlike any of the other Theravada Buddhist countries around; in some ways the mix of influences is more like Nepal than neighboring Thailand. Possibly because it is the start of the low season (the heat being the obvious reason why), we have not seen too many other tourists here and have had many structures to ourselves. One group of visitors we have run into is the first international film crew to use Myanmar soil. The German soap, Dream Boat, is filming in a few locations around the country and is currently in the Bagan area. The show is inspired by the Love Boat and is apparently extremely popular in Germany, the most successful show in their history according to the director. We saw some of the stars shooting on one of the temples and who knows, we may have ended up in some of their background shots around town. Speaking with the shows director and some of the Burmese liaisons they are all very proud to be here, but I am a little surprised anyone in the entertainment industry would work so closely with this government.

Having now been to all three ‘must sees’ (Borobodur, Angkor and Bagan) I can say they are all amazing and it is worth the effort to see each fo them. I really do not think I have a favorite. In any case, I don’t know if I mentioned it but the heat here is debilitating. So we are heading to the hills in search of some cooler weather in the Shan state. 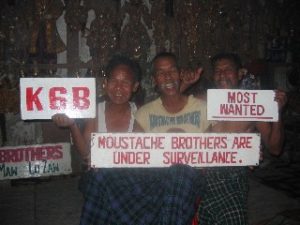 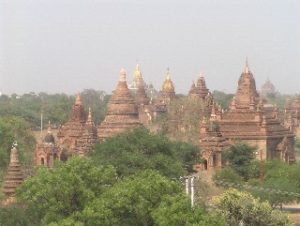 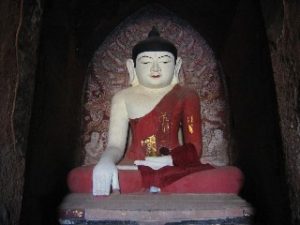