March 27th, Yangon, Myanmar – The Burmese people continue to amaze me; they are so incredibly friendly and helpful without asking for anything in return (except the few children who have been taught to beg for shampoo, pens and candy; I swear if these damn French and German tourists insist on teaching kids to beg they really should teach them to beg for something useful like money). The family running our guesthouse near Inle Lake would not let a minute go by without giving us fresh fruit juice, snacks or tea (for free). While there, they bent over backwards to see to our every need and then before we left they gave us presents for staying with them. The trustee of the synagogue in Yangon was told that two people in town wanted to look around; so he came in on Sunday, when he usually has the day off, to show us around and talk to us about the remnant community. Despite it being a national holiday (Armed Forces Day), the caretakers of the Bogyoke Aung San museum opened up just for us, gave detailed explanations on the various pictures and artifacts (in the process showing his great reverence for the national hero and his daughter, Suu Kyi) and then allowed us up to the usually off limits prayer room to see the view of Shwedagon Paya. The many temples, pagodas and natural beauty are great, but the people are what will stick in my mind.

Aside from enjoying the cooler weather of the hills (its amazing when a 10 degree Celsius drop in temperature only leads to almost tolerable weather), visiting the colorful temples, tribal markets and floating gardens of the lake and wandering around the rich city of Taunggyi among gem dealers, black marketeers and opium warlords, we had the interesting opportunity to attend a pagoda festival. The full moon festival could easily have been a Purim carnival with games, prizes, food, and children playing with toy guns. Here, however, many of the children were monks and the people had all gathered for the fun followed by a massive alms giving procession with monks from many nearby monasteries. The people lined the path, giving rice and money to the monks and to this pagoda’s revered Buddha images as they circled the stupa. The religiosity of Myanmar is unmatched by its neighbors with more (and younger) monks and novices around and very active temples and stupas all over the country. It is interesting to watch some of the contraptions created for contribution giving and merit making; some of it comes close to Disney World rides. One great example is at the Sule Paya in Yangon where, for a small donation, you can buy gold leaf to place in the flying bucket which is raised, via zip wire, to a Buddha image halfway up the stupa. I guess you earn more merit for having gold leaf placed on an image 20 meters up the stupa than for having gold leaf placed on an image at ground level.

Yangon is fine as cities go. This is the only place in the country with reliable electricity and street lights (one road in Taunggyi had lights, none in Mandalay). The Shwedagon Paya is very impressive, though currently covered by scaffolding for reguilding, and the city has an amazingly large reclining Buddha image (around 55 meters in length). Much of the city feels like any other but there are some nice residential neighborhoods for wandering and a few interesting markets around the historical town center. In this area is the one synagogue in Myanmar, originally built in the mid 1800’s of wood with the current, Mizrachi style building being built in 1893. The community currently consists of eight families who gather for services on Friday evenings and Saturday mornings, they have no Rabbi but borrow one from Bangkok for the High Holidays. Before 1962 brought political tragedy to the country, the community was around 2500 Jews of mostly Iraqi backgrounds, who have since emigrated to Israel. The most interesting part of the visit may have been our companion; Avi Alpert. Seeing my name on the web while obtaining information on Myanmar, Avi emailed me (as our names matched) and we decided to meet. It turns out that this Avi Alpert is also from Philadelphia, the son of two Rabbis (I knew one existed because I had seen his name before in the Jewish Exponent). So while we spent over a decade within a few miles of each other, it took traveling half way around the world to one of the most secluded countries for the two Avi Alperts to meet (what are the odds there are any others out there?).

We still have not worked out our final flight details, this country’s infrastructure has made it difficult as Malaysian airlines and Sri Lankan airlines offices here can only communicate via email with their main offices. One British Burmese visitor told us it was more reliable to phone from London to Yangon than from Yangon to Yangon, so you can forget about Yangon to London. So we hope to have it sorted out Monday morning before our noon flight to Bangkok, otherwise we may have to postpone heading to Phuket while we figure out if we can indeed fly directly to Sri Lanka from Bangkok or will have to spend a few days in India first. In either case, we are leaving Myanmar very impressed with the country and would both love to come back here and spend some time exploring the frontier areas, figuring out which police roadblocks can be avoided and how much of the tribal area is really off limits to foreigners. But when we do come back it will definitely be in a different season; this heat is debilitating. 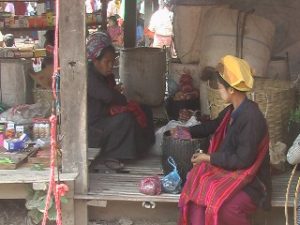 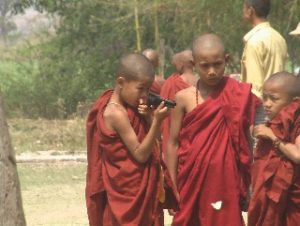 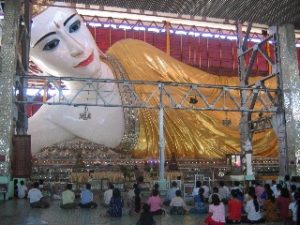