April 17th, Washington, DC – It turns out that Dubai’s rules regarding Israeli stamps in the passport are ignored as we had no trouble getting through immigration and spent a few hours in the city. It is a fairly modern city with many mosques dotting the skyline and a large percentage of the women covered head to toe. It is also one of the few places I have been that feature ‘Iranian dance clubs’ as a venue for a night out. Our stopover in Amsterdam was equally enjoyable. In particular we enjoyed the rainy 50 degree (Fahrenheit) weather and the opportunity to visit some of the sites we missed on our last pass through the city seven years ago. I also finally found a use for my Diner’s Club card; it allowed us to spend our time in the airport relaxing in the business class lounge with free food and drinks. Since we had long layovers in both cities, switched airlines and I have no trust in the luggage system whatsoever, I made sure to ask them to check that our baggage was on the plane before we left. In Dubai at the check in counter they assured me all luggage had been transferred to the plane, at the gate in Amsterdam they pretended to type on the computer and said it was all there, at the baggage claim in Aruba only two of our three checked pieces showed up. While our two backpacks had no problem making the connections, the box we had packed with our final two big souvenir purchases and most of our clothing and other belongings was lost. The KLM representative assured me it was not lost, I asked if he knew where it was and he said there was no record of it in the computer; in other words he did not know. I said it was lost; he assured me that it was not lost; they just do not know where it is. I think these people need a little help with their English; if you do not know where it is it is lost, and this man’s patronizing attitude pissed me off. We put in a claim and he said he would contact us as soon as he heard something; because of their limited hours (around 2pm to around 6pm and not on Thursdays) and their inability to find our box, I never spoke with him again.

Aruba is a nice enough resort destination. We stayed in a nice place in a residential area off the beach; unfortunately this was difficult for our taxi driver to locate. After the ordeal with the baggage at the airport our cabby took an hour and a half circling the same square mile trying to find the hotel. He had a difficult time following directions he received on the street (including one lady he asked three different times who eventually hopped in and gave him direction to take her home). It was not until he stopped at one house for the second time that I got out and asked the owner to lead the taxi to the hotel; we had been on the island for only a few hours and I was not enjoying myself. The next day we went diving and, though there were some interesting sites such as sea turtle, many moray eels and some airline propellers, the water was too cold and the sea to rough for us to fully enjoy it. So, instead of a second day diving we rented a scooter to explore the island; of course the scooter did not start. Once we got settled into a car we drove around taking in the few sites of the island but mostly just wandering. The landscape is extremely desolate and the most notable flora are the cacti. As we headed back to the hotel in the evening we needed a couple of trips around the neighborhood to find the right block; at least we do not charge others for those detours.

With still no trace of our baggage, and no communication of its whereabouts, we stood on the long line to pass through Aruban and then U.S. immigration and took off for our final flight back to the U.S. We landed in Newark, waited an eternity for the baggage and took the car my parents had left for us to New York where we met my siblings for desert. At Cafe Mozart we celebrated my brother Dov’s birthday by having the wait staff put a grey wig on his head and then headed down to Philadelphia to spend the night at my parent’s home. My parents received a call late Friday night from an AA courier service wanting to schedule delivery of our luggage. We found it odd that a courier service based out of DCA would have a delivery for us, particularly since KLM still had not notified us that they had located the lost luggage, but on Sunday morning we called the courier. After a few attempts and conversations with several of the airlines they deliver for we determined that the guy who worked Fridays (notably distinct from the other guy in the company who works Sundays) had dropped the box on our porch. We called our neighbors (who had not heard from us in six months) and asked them to check our porch and they reported there was indeed a box on it. With that knowledge in hand, we packed up our car, got into the Prius, pressed the power button, tapped the voice activation button and said ‘go home’, and we did.

I guess, writing this in my living room, that brings this journey to an end. So for all the friends, relatives and total strangers still reading, I hope you enjoyed it as much as we have. 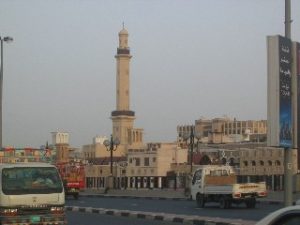 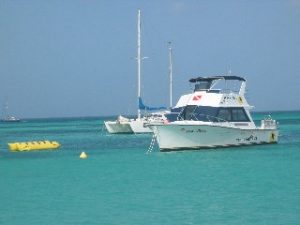 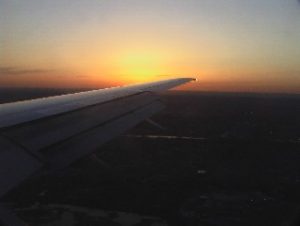