April 12th, Negombo, Sri Lanka – Yala is a decent park for a wildlife safari though not quite on par with the few African parks left where mass-tourism ‘safaris’ do not dominate. Anybody with eyes should see plenty of deer, monkeys, wild boar, water buffalos, monitor lizards and an amazing variety of bird life. Slightly luckier people will see giant squirrel and crocodile. The luckiest people will see elephant and bear while the especially lucky will see the leopard that makes the park famous. During our morning drive through the park we saw a large number of animals including elephant as well as the ruins of bungalows that were destroyed by the tsunami. This area was hard hit and while the wildlife survived fine many lives were lost in the park and tourist numbers have not recovered; a year ago they had 100-200 jeeps in the park a day, now they have 10-12 (still too crowded for my taste) and we were the only travelers staying at our hotel all three nights we were in town. At the bungalow site word that one group had seen four leopards (two adults with two adolescents) quickly became the news of the day. The drivers and trackers take pride in being the one to find the animals and you could see the disappointment on our pairs faces when the other driver told them what they had seen. This led our driver to spend ten minutes staring at a distant tree insisting he saw a leopard, a close look and photographic confirmation showed it to be nothing more than a branch. We spent our afternoon siesta with troupes of macaques and langurs but it was our desire to see a leopard that dominated the mood (it was the one big cat we had not seen in the wild). As we started out for our late afternoon drive I asked them to find us a leopard, they laughed and said ‘hopefully’. Not long into the drive though we passed a tree not far from the road side and it was clear to everyone that there was a real leopard resting on the branch. The driver hit the brakes and slowly backed up for an amazing view of the majestic creature. We spent quite some time watching the animal, it really wanted to rest but our presence proved too distracting. We finally pulled away from it around a small bend and then slammed on the brakes again; another leopard on a branch overhanging the road, an even better view. After a good amount of time there we headed out and every time we passed another jeep the tracker gloatingly pointed them in the direction of the cats. At this point I said now show us a bear, they laughed and said ‘hopefully’. Driving back towards the main road before the park closed for the day there, right beside us, were two bears; a mother and a cub that was at the age where it struggled to stay on the mothers back. An amazing spectacle as we watched the mother suck up ants and termites while the cub fell off and climbed back on time and time again. Pulling away from this it was not long before we saw another bear, a male, right in front of us; it happily walked past our jeep and continued down the road. At this point I said now show us a pangolin, they laughed and we headed towards home.

Having seen everything that can be expected in the park in one day (we even saw what will most certainly be our final leech for a while), we decided there was no need to come back and took a day trip to the pilgrimage site of Kataragama instead. During offering times, which occur three times daily, a decent number of pilgrims make the rounds of the important shrines offering fruit and flowers. Before the pilgrims get their shot however, an elephant goes to each shrine, kneels and presents its offering of flowers, which it then is allowed to eat. We were joined there by three young girls. At first we assumed they were like any other beggars, but while they occasionally asked for money, lip stick or boom boom, all they really wanted was some attention. They happily played with us, looking at the pictures in our guidebook, practicing their English and playing with my video camera as they taped each other and took pictures. We spent a couple of hours with these kids just playing and it was nice to see some who, rather than treat you as walking ATMs, could just be kids with us.

We continued our tsunami tour up the south coast; the most damaged area we have seen. The destruction is made disturbingly clear by the large numbers of tents besides frames of houses that once stood, the broken ships laying on the rocks and the heaps of debris all along the coastline. This area still has a way to go with the cleanup and the rebuilding has barely begun. The new town of Galle was hit particularly hard, but the old town, which juts out into the ocean, was barely touched. This may be a tribute to Dutch engineering as their 17th century fort walls surround the area, but a closer look seems to show that it was protected by the circle of rocks not far off the coast that have been so unkind to ships over the years. Because the area was so hard hit there are floods of aid workers around; so many that they have no work to do and take on jobs usually completed by paid locals. It seems like it would be much more helpful if these people gave money to employ the locals rather than their time which takes a job away from the devastated community. Maybe this is an example of do-gooders acting to make themselves feel better rather than the people they are (supposedly) doing good for.

By the time you get within about 50 kilometers of Colombo the signs of destruction dissipate and you enter coastline that was not affected as much. Colombo itself has some nice neighborhoods with large houses, green parks and wealthy people throwing birthday parties for their children on the cricket field. The central area is dirty, crowded and overall way to hot. After one night there we headed on to Negombo, an okay beach town closer to the airport, where we enjoyed one last sunset over the Indian Ocean. This afternoon we begin our long trip back to the Americas via Dubai (where we hope immigration overlooks the Israel student visa on page 1 of my passport and the issuing city of Jerusalem in Karen’s to allow us in for a few hours) and Amsterdam (where we hope to, uh use your imagination) before landing us in Aruba for a few days of beach and diving. 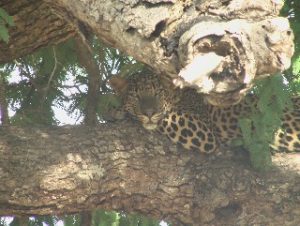 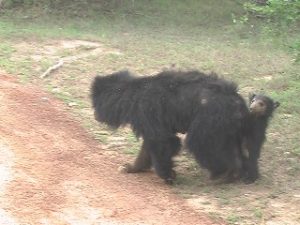 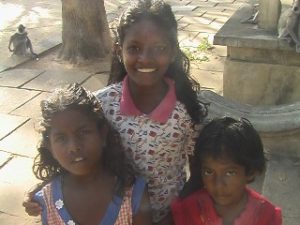