February 20th, Bangkok, Thailand – Hong Kong, as signs everywhere remind us, is Asia’s ‘world city’. Hong Kong Island feels like Manhattan built on stilts; huge buildings surround you and they are built up the side of a hill giving the impression of even greater height. The city’s public transportation system is phenomenal; buses are comprehensive and frequent or for the equivalent of 25 cents you can take a tram from one side of the island to the other, the ferry across the harbor costs the same and for those in a hurry the subway system covers all those routes fast, finally there is the free escalator that takes commuters down the hill in the morning and up in the evening providing easy access between the Mid-Level residences and the central business district with the convenience of the primary restaurant district in-between. Though the traffic in the streets is not too bad, the crowds on the sidewalk are dense and walking through the shopping malls, streets and even major temples is quite the chore. Despite the crowds, or maybe because of them, we really enjoyed the city and could see ourselves living in the Mid-Levels, working in the city, exercising at the impressive JCC and relishing the great dining options (it’s hard to find good deli anywhere, let alone Asia).

Since the flight was really cheap we flew from Macau rather than Hong Kong (once again Air Asia comes through); this gave us a chance to check out the old Portuguese colony. It looks like a Portuguese town, and if it weren’t for all the Chinese on the streets it would be an easy mistake to make. Macau is the most colonial feeling city we have visited, that may be because it was one until 1999 (of course Hong Kong was until 1997 but its financial success probably helped it create a character all its own). At the same time the city has the most Vegas-feel to it; legalized gambling seems to be the great legacy of the Portuguese. This legacy will only expand with the completion of the sprawling Venetian casino that includes models of the Coliseum, Venetian canals and Mt. Vesuvius; only in America, no wait I mean China.

We spent the last few days relaxing back in Bangkok; another city we really enjoy. We hung out with my friend and coworker Ton (who also met us for a day in Hong Kong), ran a few errands and lazed around. It is much hotter now then the last time we were here so walking around air conditioned malls, sitting in an air conditioned cafe or staying in an air conditioned hotel room is a fine way to spend time. Tonight we are taking a train north to Nong Khai and will cross into Laos in the morning. 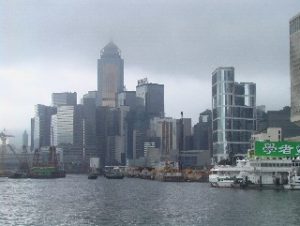 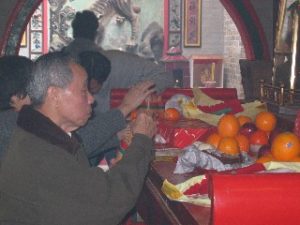 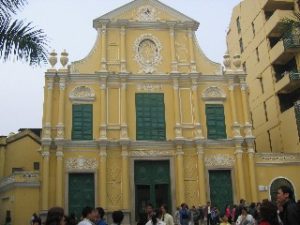