October 26th, Christchurch, New Zealand – So far, New Zealand has been an amazing country; the scenery is beautiful, the cities of Auckland and Christchurch are functional but not overcrowded and the people are helpful and polite. The first native we met was on the bus from the airport in Auckland, recognizing we were new to the country he thought it helpful to let us know that Monday was a national holiday and certain services would be unavailable, he went on to talk to us about everything from the telephone system to bus timetables, all useful information. He was recently a traveler himself (in DC of all places) and knowing how disorienting those first moments in a new environment could be, thought it appropriate to help us; this is representative of the attitude we have found across this country from supermarket staff who help us rather than kick us out after closing time to the Maori woman working in the administrative office of the country’s largest Marae (Maori meeting house) who unlocked the building just for us Kiwis have been great people. We didn’t have much time in Auckland, but we walked around the center of the city and the harbor area, it was very pleasant, and the city had all the amenities we needed to refresh ourselves (supermarket, internet and laundry for starters). Christchurch is smaller but also a great city; it’s very walkable around the center and the botanical gardens are a nice place to take a relaxing stroll. Though we have been attacked by the world’s only alpine parrot and swans and have spooked kiwis to dementia, the greatest thrill so far has been driving on the wrong side of the road without having to worry about oncoming traffic.

I guess I’ll tackle the attacks first; we went to the Willowbank wildlife reserve outside Christchurch to see some native wildlife (including the closest relative to dinosaurs the 100+ year old Tuatara). One of those creatures is the Kea, a large parrot who is the only one to live in an alpine environment. It turns out these parrots are very violent creatures who enjoy chewing on rubber. When they first went for my shoes I thought it was playful; but when they flew on to Karen’s back and started chewing on her hair we knew they were just scoundrels. They weren’t done yet, they decided a direct attack was in order and came straight for me and my video camera. Luckily we are good humored (and much larger than them) so we found it all good fun. Later in the park a swan decided to go for my shoes as well, and it seemed more malicious; though it may have had good reason. Kiwis are remarkable birds, flightless and nocturnal they are usually only seen in night houses like the one at this park, but they are worth the effort. Apparently though, they really dislike light of any source and the sign that says no flash photography is not kidding; the first time I took a flash picture the Kiwi stuck its head in the ground and never came back up (and I mean 15 minutes later it was still there); of course I wanted a better picture, and the second time the Kiwi started running up and down its enclosure trying to break out, but the picture is decent. Anyway, maybe the swan knew of the incident before it attacked me. This brings us to the greatest thrill so far; driving on the wrong side of the road. It’s not like I don’t drive on the left side in the States, I just usually get a ticket for doing so (ironically I never get tickets for speeding at home though I do it regularly, but I managed to get one here). Now it does take a little time to get use to it, and though there is the occasional scare of turning into oncoming traffic in the wrong lane, I’ve avoided any accidents so far and feel confident it will not be a problem for the rest of our trip. However, the other changes from my Toyota Prius I drive at home are much more difficult; it will be some time before I remember to put the car in park before turning it off, or the key in the ignition before turning it on. 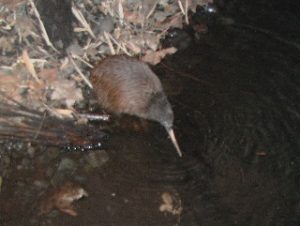 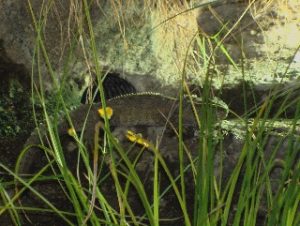 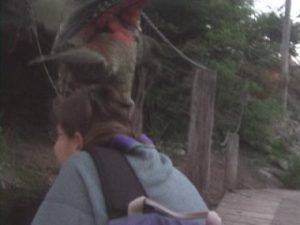