October 31st, Wanaka, New Zealand – We began our driving tour of the South Island the only way that made sense; visiting the vineyards of Waipara Valley. A short drive north from Christchurch brought us to the first wine stop slightly before its 10am opening time, so we took a little drive around the town and stumbled across the Athena olive grove; which luckily offered free tasting of its olives and olive oil. This nice family owned grove started in 1998, and is just starting to put itself on the tourist map; its olive oil is already highly regarded in New Zealand, and rightfully so. After that unexpected stop we managed to fit in three wineries and a taste of about a dozen wines before heading west over the Southern Alps. Arthur’s Pass is a beautiful route to take across the mountains. The scenery across New Zealand is magnificent and the rainforest on the west side of the mountains is a truly unique environment; the tall ferns and numerous mosses create a tapestry of greens, reds and browns across the landscape and give the forest a prehistoric look (it is believed that the flora here is very similar to what existed during the era of the dinosaurs, and thus is chosen as the sight for many movies like Jurassic Park and Lord of the Rings). We stopped to take a short hike to a couple of waterfalls around Arthur’s Pass and were once again confronted by a Kea, this one had a liking for our car and spent quite some time doing what it pleased to the helpless vehicle.

After a stop for the night in the little town of Hokitika we were off to the glaciers hoping to take a helicopter ride up high on the mountainside from where we would hike on the ice. Unfortunately, the weather did not cooperate and we were booked on 8 trips over three days that were all cancelled. But all was not lost; we had other ways of getting on the ice. Our first day there, after the 3:00pm trip was officially cancelled, we drove up the road from Fox Glacier (where we stayed, and booked our trips; highly recommended over the larger town to the north) to Franz Joseph Glacier and took a short walk to its terminal face. It is a great sight, but not the same as walking on it. The next day, as it was clear by the pouring rain that the helicopter was not going up, we took a full day hike on the lower part of Fox Glacier. The rain was constant, heavy and a little cold; but the trip was amazing. As is often the case, the guide of the group can really make the experience and this was no exception. Our guide had a dark sense of humor that was amusing and he tried to mix in some education around glaciers, global warming and life. It made the trek past spectacular blue crevasses and ice formations in the pouring rain all the more fun. We did get a brief break from the wet for lunch; the guides created a makeshift shelter by using a tent with no poles and the two of them holding it up on the outside. It was a lot like the little parachute game you would play in elementary school when all the kids would run underneath; well we were all little kids underneath eating lunch and warming up. Despite (or possibly because of) the weather, the tour was well worth it and a memorable experience that we will not soon forget. Unfortunately, the weather meant virtually no pictures for all of you, your loss.

Until this point we have been staying in backpacker accommodations and by all measures New Zealand’s hostels have been excellent. The rooms are clean and comfortable, the staff friendly and helpful and the facilities comprehensive and useful. We have taken advantage of the kitchen facilities to prepare home cooked meals (thanks Karen) and have had good conversations with our fellow travelers. Sometimes however, it is nice to splurge; last night we stayed at the Wilderness Lodge at Lake Moeraki, a beautiful location near the coast. The lodge is beautiful, the service high class and the food is tasty; but the main excuse for this splurge was to take their walk to see the Fiordland crested penguins. We were not disappointed, we saw several dozen of the rare penguins as they made their way between the nesting sites and the ocean; they are amusing creatures to watch.

With the U.S election coming up I guess I should throw in something on politics (I’m sure there are some of you out there, and you know who you are, who miss the endless conversations we would be having on the matter). Most people we meet here ask us about the election, and it is interesting to see the foreign perspective on our leaders and political system. One conversation we had compared Australian turnout to ours; you see in Australia (by all accounts a fully developed Western Democracy) voting is mandatory for everyone over 18, and you are fined if you do not show up. This of course leads to very high voting rates; especially when compared to our tiny numbers. So when the press starts trumpeting our high turnout this year as it stretches maybe as high as 55%, and the various GOP challenges to new registrations wind there way through swing state courts, we might want to take a step back and remind ourselves that there is probably a better way to elect our rulers.

Oh yeah, one last thing. This afternoon one of us (guess which one) jumped out of an airplane at 15,000 feet above the beautiful Lake Wanaka with great views of the snowcapped mountain peaks, lakes and farmland as he fell at 200 km/h towards the earth. (Pictures of the fall will come later) 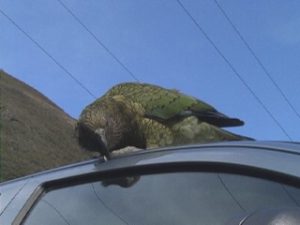 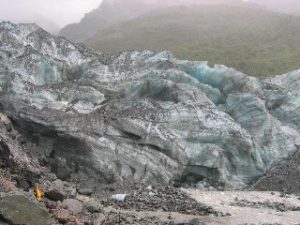 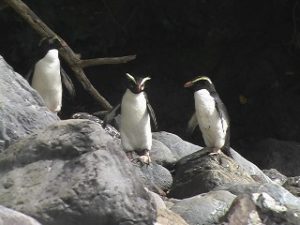