January 31st, Ho Chi Minh City, Vietnam – When traveling independently, inevitably you have difficult and tiring days; the kind of day where some unexpected barrier pops up every step of the way, frustrating your plans and your psyche. Our adventure crossing from Cambodia to Vietnam via the Mekong river was one of those days. Most travelers on this route take one of the two tourist boat options organized by guesthouses in Phnom Penh and HCMC (for most trips, most travelers seem to use the guesthouse buses rather than trying to travel independently, it baffles me why these people who pretend to personify the adventure traveler avoid creating their own adventures). We of course are not most travelers and, as we have done whenever possible, chose to do it ourselves. The first step was easy and smooth; we got the next bus out of Phnom Penh for the town of Neak Lueng on the Mekong river.

Now for a little side story: There is no building in town more than 32 years old because in 1973 American bombers mistakenly blew it to oblivion killing hundreds of civilians. The army tried to hide the event from the press and the world but an intrepid journalist, Sydney Schamberg, managed to get into the area via river and exposed the story. In response the army offered $100 per head for the killed; an amount which pretty much sums up America’s official value of human life back then. Today of course our official Pentagon policy is to not bother counting foreign civilians killed; they have no value at all. Kind of makes Mr. Bush sound a bit disingenuous when, on the recent anniversary of Roe, he preaches about creating a Culture of Life by scaling back abortion and stem cell research; protecting unborn Americans may represent a culture of life but being indifferent to the deaths of born and unborn Iraqis is inconsequential. Not that there may not an argument to be made for policies around abortion, but the hypocrisy in the rhetoric is absurd.

Our morning boat trip around the canals and rivers of the delta began to turn around our experience. We had a very nice Vietnamese woman guide us as we traveled to the Cai Be floating market. On the water we saw all the traffic of boats carrying goods, mostly produce, to and from the market where you could buy all sorts of fruits, vegetables and other things off of ships. The purveyors of these floating stalls live on the boats and we saw them going about their daily lives; washing and hanging their laundry, brushing their teeth and washing themselves all while selling their goods to whomever rowed up beside them. Following the market we stopped at an alligator farm where we saw the little reptiles being raised for purses, shoes and dinner (I hear it tastes like chicken) and then headed to a producer of various sweets where we saw rice snap, crackle and pop and got to taste a variety of local snacks. After stopping at a bonsai orchard the tide had dipped so much that we could no longer take the motorized boat and had to switch to a traditional boat rowed by a local woman. By the end of the trip, we had a much better view of the country than before and headed to the bus station to catch a ride to HCMC; they even charged me the right price.

Saigon is a fascinating city; it seems to be the most crowded we have been in yet, the traffic is tremendous as the roads are fully congested with row and row of motorbike. We happen to be here in the weeks leading up to Tet (as Chinese New Years is known in Vietnam) and this adds another dimension of excitement to the city and the whole country. In all the temples people are busy polishing and cleaning in preparation, at the markets people are buying decorations for the home, dragon heads for parades and fireworks for fun. The colorful flower markets are gearing up and sweets abound as everyone stocks up on traditional decorations and foods. But beyond the immense liveliness of the city is a history of uneasy war; visiting the reunification palace (once called independence palace it was the headquarters of the South Vietnamese government) and the war remnants museum (once called the Museum of American and Chinese War Crimes), despite the one sidedness of the presentation and the hysterical propaganda in videos, you cannot help but feel sorry for what this country has been through. Even lunch at the simple Binh Soup Shop revealed the commitment of the Vietnamese to their independence; it was here 35 years ago that, while U.S. soldiers ate at the tables, the Viet Cong planned and executed the Tet offensive. Taking a tour of the nearby Cu Chi tunnel system, a tremendously impressive series of tunnels used by the Viet Cong to control the area surrounding Saigon, we were guided by a Vietnamese veteran of the U.S. army. He spoke passionately about the Vietnam war, a war he says lasted for a hundred years from the time the French colonized Indochina until the Chinese ended their brief incursion in 1980, and the desire of the Vietnamese for independence. In this light, you can see how they view the involvement of the French, Japanese, U.S., Chinese and Russians as the true cause of their conflict; and you have to wonder if our focus on paper politics, instead of reality on the ground, in places like Iraq and Afghanistan will not inevitably lead to the same results. 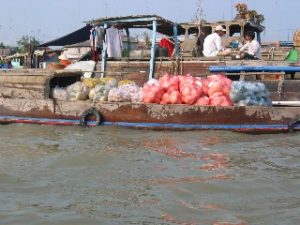 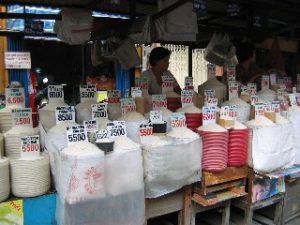 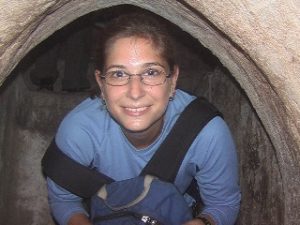