January 2nd, Kota Kinabalu, Malaysia – If the mountain was a physical outdoor adventure and the river a cultural one than Danum Valley was our scientific natural experience. The Danum Valley Research Center is part of a private conservation area protecting some of the last virgin primary forest in Sabah. Along with the protected forest this joint project of the Sabah Foundation and commercial interest (including loggers) is studying techniques for sustainable logging as well as forest regeneration. The center is principally designed to house researchers studying everything from the effects of logging on aquatic insects to the range of moth species in the forest (at least that is what the three people we spent time talking to were researching). While their literature and website indicate that they welcome tourists with an interest in the forest, as we discovered through our initial attempts at booking accommodation, they do not really mean it. Unless you are a researcher, student or have a letter from a known scientific or environmental organization they will direct you towards the extremely expensive lodge located on the other side of the reserve. Since we really wanted to come to this pristine area, and staying at the lodge would cut how long we could afford to stay considerably, we attempted to make arrangements any way we could but were unsuccessful. So, as I mentioned previously, we had to come up with some quick thinking to pull this off, and as promised here are the details. After having the lady at the hotel we were staying with in Kota Kinabalu try and fail with her fluent Malay we just showed up at the conservation area’s corporate offices to talk our way in. While the initial information on the office in suburban Likas was incorrect, the nice forestry department employee directed us to the correct building across the street, along with a name of the proper contact. We began speaking with the woman in charge and I remembered a piece of information I had neglected to share earlier; it turns out I am doing an advanced degree in environmental economics focusing on sustainable development and am interested in observing the conservation models of this unique joint venture. With a few big words and confidence in my voice she quickly understood that this was a research visit and went through the process of issuing us a permit.

Though the forest around the conservation area is logged or in rejuvenation, the reserve itself consists of pristine virgin forest which is teeming with wildlife. One of the odder species around is the researcher; as one of the center’s employees put it you have one obsessed with insects, one obsessed with moths, one obsessed with birds etc. They seem to exist in their own little worlds exhibiting what can best be called eccentricities; oblivious, for example, as to how uninteresting the minutia of moth physiology is to the average person. But what is worse are the researchers who are so involved in their daily tasks that they fail to appreciate their surroundings or even begin to resent them; you sometimes forget that a job is a job, even in such a unique environment. As for the other wildlife around, in our first few days we saw some interesting creatures including a bear cat, Argus pheasant and two flying squirrels (one actually in flight), but the most populous life form around were the leeches (a testament to the large population of mammals in the forest). We removed far more leeches from our clothes here than anywhere else we had been, not to mention the 12 that attached to my body (10 on the last day, see below), but the ones that scare you the most are those you do not see. As everyone knows you cannot prove a negative; it is the savior for the faithful and conspiracy theorist alike to lean on the notion that you must prove God does not exit or that the government is not hiding the alien bodies recovered from Roslyn. Well you end up the same way with leeches; I worry when I do not see any on me more than when I do, you must prove that there are none at all before I’ll believe it.

While our first few days did bring some interesting sights including another distant orangutan, as is becoming typical, we saved the best (or craziest) adventure for the last day. The main trail system uses a grid of east-west and north-south trail every 500 meters emanating from a 0 point and is bounded in the north and east by the Segama River. This system makes it easier for researchers to record locations of findings and, with the use of a compass, ensures that you will eventually find a trail if you head straight towards any compass point. However, while most of the trails are well maintained and easy to follow, keeping to straight lines sometimes requires going through rough patches and, particularly in areas not recently trafficked, heavily overgrown areas mask the location of the trail. We started our final day as any other taking our breakfast with us intending to hike for a few hours in the morning, snaking through the grid, coming back in time for lunch and our midday siesta (which most wildlife also take) before heading out in the afternoon for a couple more hours. However, this excursion would prove slightly more eventful. In the first kilometer of our walk we had a phenomenal encounter with an orangutan; it was eating in a low tree near the trail and as we got closer we could see it climb up to the canopy where we proceeded to follow it in a game of hide and seek for over half an hour. At one point we were sure we had lost it so we started to move on when I noticed a leech attached to my back; while Karen was pulling it (and my hair) off we heard the ape move again and were able to follow it for a bit longer. Following that diversion we saw the foot print of a Sumatran rhino; a very rare sight indeed as one researcher doing his PhD on the rhino spent four years in the area and saw only one print and no specimen (must make for a lousy thesis). This is the second rarest rhino in the world and they believe there are ~50 left in Sabah, but they have no real idea as they are rarely seen (in Danum Valley the last one was seen in 1987). All this in the first kilometer of the day was very thrilling, but the next few hours would become a true adventure.

As we started the second kilometer heading north the trail became more difficult to follow and after seeing a marker for the North 8 West 5 point on the grid (1.3 kilometers from the start) we completely lost it. We had no guide, no parang (machete), no trail; all we had was a poorly made, torn map, a compass and what was left of our wits. Knowing the river course I decided our best bet was to head north until we found it, then we could follow it south to the bridge back across the Segama to the research center. In doing this we would cross at least two east-west trails, all we had to hope for was that one of them would be clearly a trail. Since we were walking through virgin forest where no man may ever have been, the terrain was unpredictable and we had to navigate up and down hills, through areas of thick, thorn covered vines, across several streams without any clear crossings and of course contend with dozens upon dozens of leeches. We eventually reached the northern path of the river and began our southward trek, keeping one eye on the compass and one on the forest edge that marked the river bank. While we both were noticeably becoming more and more worried and annoyed as the minutes past into hours we learnt to move well through the jungle; following elephant trails where we could (as they did a decent job of trampling and clearing impediments), forcing our way through the vines and finding the natural paths along ridges and across waterways. During this we saw another orangutan in the forest and, more ominously on the ground, two snakes including the highly venomous and aggressive Wagner’s pit viper. Finally, after four hours off trail, we came to a clear man made trail with red ties on the trees; I knew this was either the coffin trail (leading to ancient coffins and graves that we visited a few days earlier) or the main east-west trail along the 500 meter grid. Either way, it meant we had passed at least two other trails both heading north and again south, and saw no trace of them. We knew we could follow this home and when we saw the marker indicating the intersection of the east/west and north/south trail we were just 500 meters from the end of our ordeal. Needless to say this experience was draining and, since we had already seen more wildlife than we could have dreamed of, we decided to forgo our final afternoon walk; we did however go to the river edge for some bird watching where we happened to see our first Maroon langur, raising the number of primate species we saw in Borneo to 6. We decided that after this it was worth spending the extra $20 a person to fly back to Kota Kinabalu rather than take the overnight bus; allowing us to spend New Year’s eve in an actual location.

It was quite nice returning to Kota Kinabalu a day early, exiting the cab and walking into our hotel where the two receptionists greeted us saying, “we thought you were coming tomorrow, your room is not available but for you we have others.” We then went for New Year’s eve dinner at our favorite Italian joint, Little Italy, where, despite a full restaurant, the head waiter sat down to ask us where we had visited and what our experience were; it all almost gave us a feeling of being home. After spending New Year’s day doing nothing much at all, we decided to extend our stay in Borneo for a few days to complete an open water scuba diving certification course (we had planned on doing this on Ko Phi Phi, Thailand but that obviously has changed). When we fly to Singapore later this week we will have been on the world’s third largest island for over 35 days and we barely scratched the surface of what’s available here. This is a place I definitely want to return to and it should feature highly on everyone’s travel wish list. 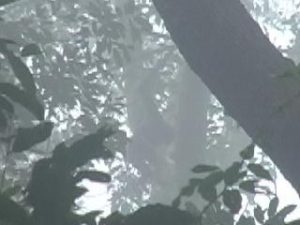 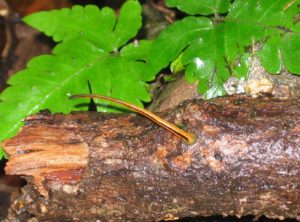 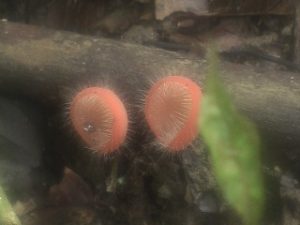