January 9th, Melaka, Malaysia – A few days of scuba diving was a nice, relaxing diversion. The diving outfit picked us up each morning from our hotel to take us to their base at a nice resort just outside Kota Kinabalu. Though the course required some study time and tests we did the study on our computer in our room and got all the tests out of the way the first day so we could concentrate on time in the water. Once at the resort we would board a boat and head out to the nearby islands that make up Tunku Abdul Rahman National Park where we did our five ‘confined water dives’ near the beach and then headed out into deeper water for our four open water dives along various reefs. Arriving back at the resort around midday we could then spend time at the resort’s pool, for guests only; we became honorary guests of the hotel staying in room 122. Karen was a natural underwater, and following her in that skin tight wet suit was more than enough motivation for me.

Singapore is an interesting country and as far as big cities go is fairly clean and easy to navigate with plenty to keep you busy. The most popular activity for locals and visitors alike seems to be shopping; whether you are heading for the cheap electronics stores stuffed into malls in Little India or for the high fashion houses filling the many malls of Orchard Rd. you will be well catered to. Orchard Road in particular has more malls lined block after block than I could have ever imagined; for those familiar with Washington it is like lining up a dozen Tyson’s Corner malls one after the other. Beyond consumer delights, there are plenty of cultural and historical sites from the temples of the trendiest Chinatown I have ever seen to the traces of colonialism in the restored Raffles Hotel to the well presented Asian Civilizations Museum. The world class zoo and unique night safari, however, are two of the most well received attractions in the area. Located in an area that includes the last primary forest left in Singapore, both are well designed as zoos come with special attention paid to eliminating bars and fences, providing a more natural looking setting. Neither, however, can compare to seeing these animal in the wild, and going through the zoo it becomes clear how much we have actually seen in our various trips over the years. The animals are less animated, some (particularly primates) are clearly bored and their behavior is completely different from what you see in their natural habitat. Since, while we enjoy watching the animals, we are not as awestruck by the creatures, we spend more time viewing the zoo as a whole entity and noting the positive and negative aspects of the whole concept. The zoo does provide an opportunity to educate and create a desire to conserve the natural habitats of these animals (this is particularly emphasized here) and some zoos, such as this one, also enable and support scientific research into rehabilitation, breeding etc. However, as with the orangutan ‘rehabilitation’ centers on Borneo, the presentations tend away from scientific demonstration and towards entertainment value; watching one of their shows with orangutans on stage demonstrating their intelligence it seemed no different than the freak shows that were so popular a century ago. Don’t get me wrong, I don’t care about the individual animals (I love a good freak show as much as the next guy), but I doubt that the zoo ultimately leads to the actual habitat conservation efforts that we need in our current world. The conservative retort that there is no point in setting aside reserves for us to appreciate when only the very few ever go to them (think ANWR) is correct and zoos just perpetuate that as the reason for conservation. What we need to understand is that conservation is necessary for its own sake, only then will education at the level of particular habitats work. Over time the ‘rehabilitation’ centers have developed a very negative opinion among the scientific community as they catered to camera clicking crowds; as it stands, I see the zoo in mostly the same light with the slight advantage of not pretending to be providing a wild experience.

Singapore is the best example of a successful one party, authoritarian government (a model I have long advocated for the U.S. with the one small caveat that I be the authoritative governor). While this does come with some annoyances, such as overly strict punishment for jaywalking (something completely ignored), smoking in public and graffiti, it has created one of the most socially content and economically successful countries in the world. The best example of the successful centralized planning may be the Urban Redevelopment Authority (URA); tasked with planning zoning and land use redevelopment across the country. The URA maintains one of the best museums I have seen (it is both interactive and free, two great traits) which clearly lays out the thought process that has led to the current layout and their aspirations for the future (including huge models of the entire island and the central area which really illustrate the scope of the developments). The emphasis on high rise living combined with ample parks and green areas connecting various residential building and commercial areas could serve as a model for other metropolises. The country has also taken to preserving heritage areas by reusing the current structures (rather than tearing down and rebuilding) for new purposes; highlights of this include the entertainment and shopping areas created along the waterfront or the trendy retail created in Chinatown. All in all, it provides a good argument for maintaining the current government; at least the people seem to agree as I saw no signs of discontent.

We spent a day in the old port city of Melaka; a city with strong Chinese, Portuguese, Dutch and British heritage. The red brick colonial area is pleasant and the Baba-Nonya (people of mixed Chinese-Malay heritage) areas are interesting and attractive. However, one new attraction that we must get used to as we continue our trip on the more traditional tourist trails of Southeast Asia dominated the landscape; tourists. In Singapore, for the first time since at least Bali, we encountered what I will call the ‘holier than thou’ backpacker. This is the person who tells me, while reading a ‘meditation for dummies’ book, how she is a true traveler because she stays at hostels; not like those who stay at hotels here (despite the cheap prices with better amenities) and do not get to interact with their fellow travelers over breakfast. When I ask how many Singaporeans outside of the hostel she has spoken with the reply was none, Singapore isn’t really Asia anyway so she has not bothered. Now, I do not want to fall into the same trap of thinking I am somehow better than everyone else out there, but it baffles me how someone can think that the measure of your travels is where you stay or how many other travelers you meet. As we are now back among the backpacker and tourist masses I am sure I will at times be judgmental about their motives and value of their experiences, I can only hope that the criteria I use make more sense that what she is using. The measures that should matter are not where you stay or what mode of transport you use but to what degree are you interacting with your surroundings, learning about new cultures and ideas and engaging in new experiences. 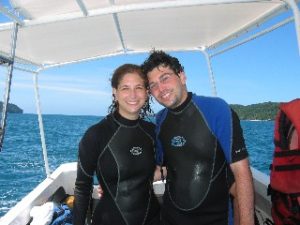 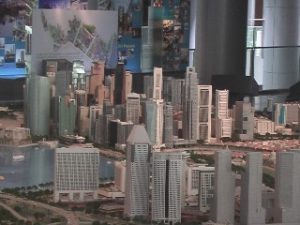 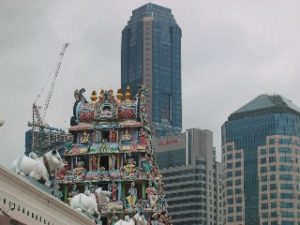